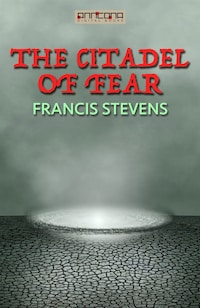 The Citadel of Fear

The Citadel of Fear is a science fiction ”lost race” novel by Francis Stevens (pseudonym for Gertrude B. Bennett), "The woman who invented dark fantasy".

This lost world story focuses on a forgotten Aztec city, which is "rediscovered" during World War I.

Two adventurers discover a lost city in the Mexican jungle. One is taken over by an evil god while the other falls in love with a woman from the ancient Mexican city of Tlapallan.

The Citadel of Fear is considered Francis Stevens' masterpiece, by Lovecraft's acclaim.

The Citadel of Fear was first published as a serial in Argosy Magazine in 1918-1919. It was eventually republished as a novel in 1970. It is now considered a "lost classic".

Gertrude Barrows Bennett (1883–1948) was the first major female writer of fantasy and science fiction in the United States, publishing her stories under the pseudonym Francis Stevens. Bennett wrote a number of highly acclaimed fantasies between 1917 and 1923 and has been called "the woman who invented dark fantasy".

Her most famous books include Claimed! (which Augustus T. Swift, in a letter to The Argosy called "One of the strangest and most compelling science fantasy novels you will ever read") and the lost world novel The Citadel of Fear.

Bennett has been credited as having "the best claim at creating the new genre of dark fantasy". It has been said that Bennett's writings influenced both H. P. Lovecraft and A. Merritt, both of whom "emulated Bennett's earlier style and themes".