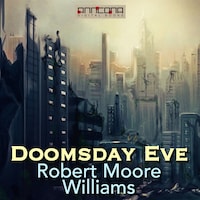 WERE THESE STRANGERS IMPERVIOUS TO H-BOMBS?

In the midst of the war—that terrible conflict that threatened humanity's total destruction—the "new people" suddenly appeared. Quietly performing incredible deeds, vanishing at will, they were an enigma to both sides. Kurt Zen was an American intelligence officer among the many sent to root them out.

He found them. Taken captive in their hidden lair, he waited as the enemy prepared to launch the super missile, the bomb to end all bombs—and all life.

If only he could find the source of the new people's power, Kurt alone might be able to prevent obliteration of the Earth....