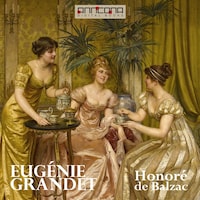 Eugénie Grandet, first published in 1833, is one of Honoré de Balzac's finest novels, and one of the first works in what would become his large novel series titled La Comédie Humaine.

Set in a provincial town in post-Revolutionary France, the story deals with money, avarice, love, and obsession.

A wealthy old miser must manage the passion of his innocent daughter, who later has to navigate on her own the treacherous ways of a world in which money is ”the only god.”

Balzac's meticulous use of psychological and physical detail influenced the development of 19th-century literary realism, in the hands of writers such as Dickens, Dostoyevsky, Flaubert, and Henry James.