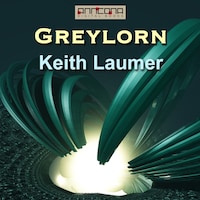 Earth is threatened with destruction by a deadly alien plague. The planet’s only hope: Get help from the long-lost Omega Colony, somewhere in space.

The fate of the Earth is in the hands of Lieutenant Commander Greylorn in charge of the search for Omega, and every decision he will make during Man’s first contact with an alien race...

So, Commander Greylorn has a problem. No, actually he has two of them. It's not enough that the remaining residents of Earth have pinned their last hope of salvation on him and his mission. He has to find a colony that presumedly was established at an unknown star two centuries before and beg their help. But first, he has the small matter of a mutiny on board his starship, and people are trying to kill him!

Written in an era when radios used vacuum tubes, the scientific component of the story is quaint and dated. But Laumer makes the centerpiece of his tale the retelling of how, four years out on the voyage, his crew decides it wants to give up and go home when it meets an alien race... that apparently breeds humans in captivity as food animals.

Beating the aliens, shanghaiing the crew, finding the colony and saving Mother Earth - just the ingredients for a rattling good yarn!