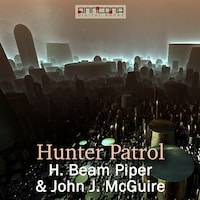 Many men have dreamed of world peace, but none have been able to achieve it. If one man did have that power, could mankind afford to pay the price?

World War IV has dragged on for 12 years and the whole world is drained and tired of the killing and destruction. One man, a high school chemistry teacher from St. Louis in the USA, is serving his latest forced stint in the UN forces when something strange happens to him. He dies but yet he doesn't. What if you had the power to bring peace to the entire world? What would you do? This story explores a frightening and strange journey into the murky depths of human needs and desires and how they can twist and turn back upon us.

The novella first appeared in Amazing Stories, May 1959