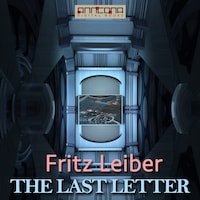 The Last Letter is a science fiction short story by Fritz Leiber published in 1958.

It was a day like any other, except for that one letter in the mail - a hand written letter that paralyzed the postal service.

“Who or what was the scoundrel that kept these couriers from the swift completion of their handsomely appointed rondos?”