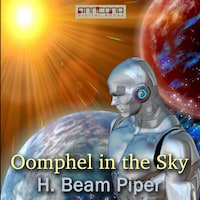 Oomphel in the Sky

Oomphel in the Sky is a science fiction novella written by H. Beam Piper, originally published in 1960.

Since Logic derives from postulates, it never has, and never will, change a postulate. And a religious belief is a system of postulates ... so how can a man fight a native superstition with logic? Or anything else...?

Natives of the distant planet of Kwannon believe that their world is about to end, and in preparing for the apocalypse, may be unnecessarily bringing about their own demise.

The planetary government can’t overcome its own bureaucracy to help them, and the military is overwhelmed. Can a single newsman change the course of a whole people, and save their world?