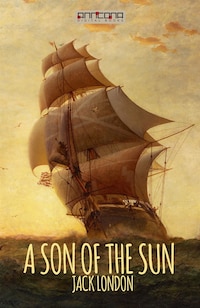 A Son of the Sun

A Son of the Sun is a 1912 novel by American author Jack London.

It is set in the South Pacific at the beginning of the 20th century and consists of eight separate stories. David Grief is a forty-year-old English adventurer who came to the South seas years ago and became rich. As a businessman he owns offices in Sydney, but he is rarely there. Since his wealth spreads over a lot of islands, Grief has some adventures while going among these islands.

London depicts the striking panorama of the South seas with adventurers, scoundrels, swindlers, pirates, and cannibals.

Jack London (1876-1916) was an American author, journalist, and social activist. He was a pioneer in the then-burgeoning world of commercial magazine fiction and was one of the first fiction writers to obtain worldwide celebrity and a large fortune from his fiction alone.

London's most famous novels are The Call of the Wild, White Fang, The Sea-Wolf, The Iron Heel, and Martin Eden.