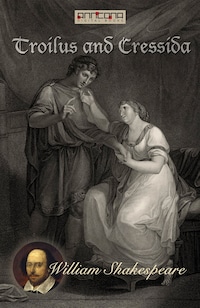 Troilus and Cressida is a tragedy by William Shakespeare, believed to have been written in 1602. It was described by Frederick S. Boas as one of Shakespeare's problem plays. The play ends on a very bleak note with the death of the noble Trojan Hector and destruction of the love between Troilus and Cressida.

Throughout the play, the tone lurches wildly between bawdy comedy and tragic gloom, and readers and theatre-goers have frequently found it difficult to understand how one is meant to respond to the characters. However, several characteristic elements of the play (the most notable being its constant questioning of intrinsic values such as hierarchy, honour and love) have often been viewed as distinctly "modern.”

The play's puzzling and intriguing nature has meant that Troilus and Cressida has rarely been popular on stage, and neither during Shakespeare's own lifetime nor between 1734 and 1898 is there any recorded performance of the play.

The play was also condemned by the Victorians for its explicit sexual references (though the sex, while explicitly and importantly present, is portrayed satirically and highly negatively).

It was not staged in its original form until the early 20th century, but since then, it has become increasingly popular, especially after the First World War, owing to its cynical depiction of immorality and disillusionment.